I am Marius Dosinescu, Romanian entrepreneur, passionate about internet and in love with real life! Whatever your destination is, enjoy the trip, enjoy the moment. 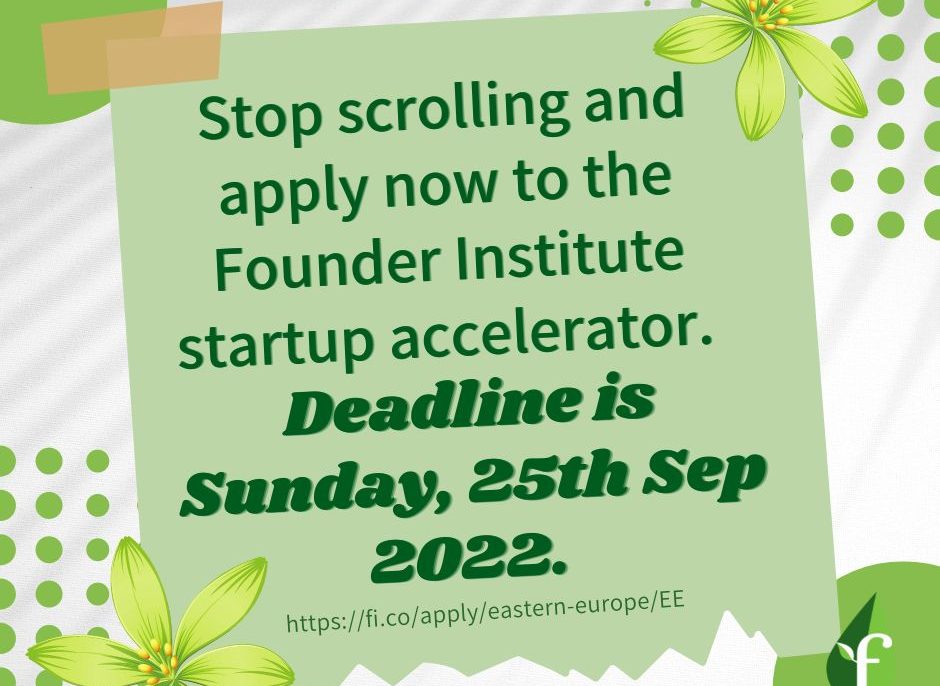 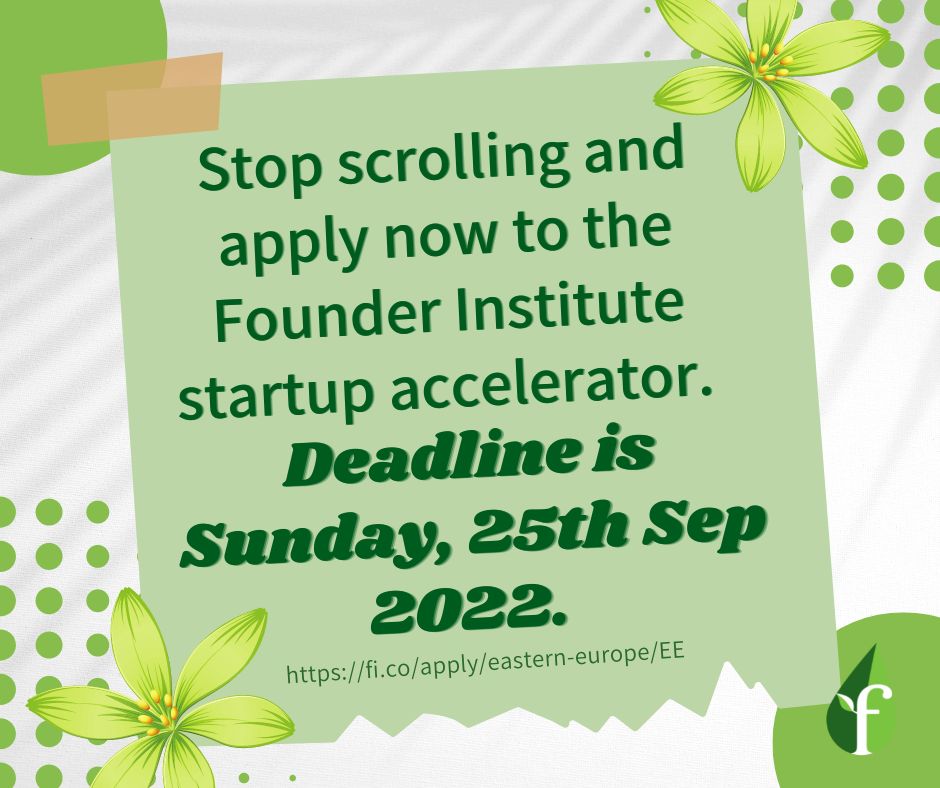 Apply now because there are only 9 days until our Final Deadline when registrations will close. We are the right place to come if you need help validating your ideas, building your first product, or raising funding

https://lnkd.in/d_RS8Qfu. You don’t have any more time to waste because the opportunity to achieve your goal is right in front of you now.

Alumni and their journey

https://fi.co/reviews. If you’ve always wanted to be one of them, this is your chance.

Hope to see you in the upcoming FI Eastern Europe semester that starts on Oct, 04 2022.

What is Founders Institute Startup Accelerator

The Founder Institute is the world’s most proven network to turn ideas into fundable startups, and startups into global businesses. Since 2009, our structured accelerator programs have helped over 6,000 entrepreneurs raise over $1.75BN in funding.

Based in Silicon Valley and with chapters across 95 countries, our mission is to empower communities of talented and motivated people to build impactful technology companies worldwide.

The Founder Institute is the world’s most proven network to turn ideas into fundable startups, and startups into global businesses. To date, FI has helped launch over 6,000 companies across 200+ cities and six continents.

The company was founded in 2009 by serial entrepreneur Adeo Ressi and his colleague, Jonathan Greechan. The idea for the program spawned from operating TheFunded.com, where it became apparent that most entrepreneurs at the idea and launch stages lacked the structure, feedback, and support network needed to be successful.

News of the launch was announced on TechCrunch, the first Founder Institute program methodology was crowdsourced by over 10,000 CEO members of TheFunded.com, and the inaugural program started in May 2009 in a small classroom at Stanford University. There were originally no plans to expand beyond Silicon Valley, but upon receiving immense inbound interest to launch the program in other cities, the Founder Institute began to expand. Today the program operates across 200 + cities and is  localized into 9 languages.

In total, Founder Institute Alumni have raised over $1.75BN and are worth an estimated $30BN.

Our VISION is that there are talented people everywhere whose potential can be unlocked to make an impact on the world through entrepreneurship.

Our MISSION is to empower talented and motivated people to build technology businesses that positively impact the world, no matter their location, race, gender, or sexual orientation.

We help pre-seed entrepreneurs and teams build get to traction and funding by establishing a critical support network of local startup experts that are invested in their success, and by providing a structured and challenging business-building process that has helped our alumni raise over $1.75BN. Leaders of the world’s fastest-growing startups have used the Founder Institute to raise funding, building a co-founding team, get into seed-accelerators, generate traction, recruit a team, build a product, transition from employee to entrepreneur, and more.